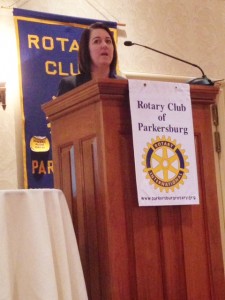 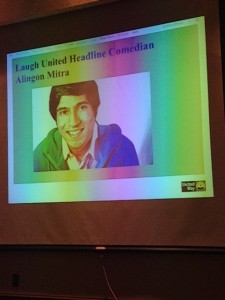 Our club’s own Andrea Shirey announces “Laugh United” a comedy fundraiser scheduled onApril 16 at the Smoot Theater for the United Way of the MOV during the club’s Feb. 1 meeting. 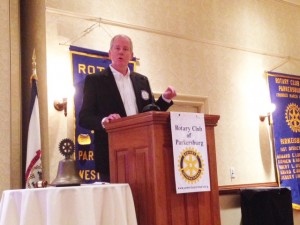 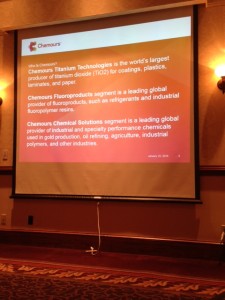 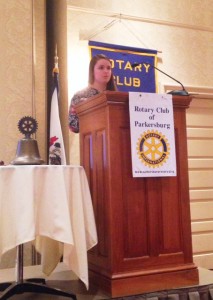 WVU Senior Engineering student, Rebecca Cain spoke to Rotarians at their Jan. 10 meeting about Engineers Without Borders and their efforts to establish clean water sources in El Salvador. Cain has been a DuPont co-op student at Washington Works. 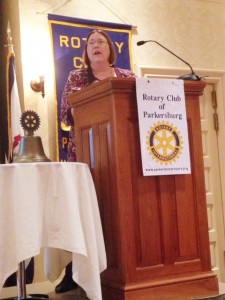 Dina Jackson with the MOV Circles Campaign explains the unique approach they are taking in helping people get out of poverty through community assisted mentoring and monthly dinner meetings. Jackson spoke at the club’s January 4 meeting held at the Blennerhassett Hotel. 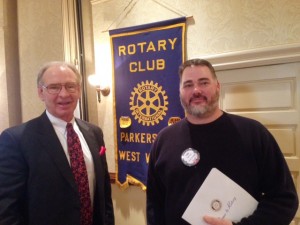 Tom Curry (right) was welcomed into the club as our newest member by his sponsor John Flint at the January 4 meeting at the Blennerhassett Hotel. 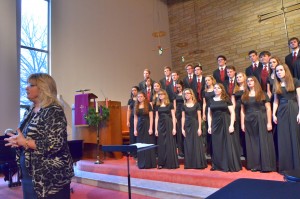 The PHS Choir performed on Monday, December 14, 2015 for the Parkersburg Rotary Club.  Click here to see all the photos from the event.